Private cruising around the Greek islands

PRIVATE CRUISING AROUND THE GREEK ISLANDS

Going on a cruise in Greece is every seafarer’s dream!

With so many islands with different climates and history, Greece makes for a unique place to explore by boat: 16,000 km of coastline, 6,000 islands and islets, 227 inhabited islands. “Irina” is a 20-metre comfortable Greek sailing yacht for up to 10 passengers. You can choose which Greek harbours Irina picks you up from and drops you off at. Everything is possible, as you decide the length of the cruise.

N.B : Contact our greek specialists so they can customize this itinerary and adapt it to your needs and wishes.

Presentation
Irina is a traditional wooden yacht measuring over 20 metres long and 5.70 metres wide. It offers ample living space for a small group of passengers of all ages. The yacht is a perfect size for a cruise in Greece. It is just the right size for exploring Greece and can access both the magnificent inlets and small idyllic harbours that make Greece the place it is.

Irina is registered as a professional tourist yacht with the relevant maritime authorities.
In addition to the 200-metre square sails, the yacht is equipped with a powerful engine, which can drive the yacht along at 9 knots without the sails.

The Greek captain will make you feel at home on board and the ship’s cook will lay on a first-rate meal for you. But don’t get the wrong end of the stick, there are no stewards or cleaners!

- First-rate electronic navigation equipment
- Height of “master” cabins: 2.20 m.
- Height of cockpit: 2.00 m.
- Height of “standard” cabins: 1.91 m.
- Air conditioning in all cabins.
- Standard toilets.
- Crews’ quarters towards the prow of the yacht.
- Constant 220-volt sockets in the cockpit for recharging mobile phones, cameras and mp3 players
- Possibility to connect your mp3 player to the onboard stereo
- Internet connection for emergencies (used for the weather, in particular).
- Sunbathing area, snorkelling equipment and fishing gear.

Open bar
Basic drinks are available and you can bring or buy your own drinks. You will be served half-board breakfast and a hearty meal made from fresh produce. Local wines and aperitif are included.

We take care of getting you from where you arrive in Greece to the harbour from which you wish to set sail. No additional costs are incurred for arrivals and departures from Irina’s main harbours, the northern Cyclades and around Athens. Depending on your destination, you will be able to choose between an airplane, ferry or vehicle if you set sail from a harbour located in mainland Greece. We can also take care of organising your stay in Athens.

Highlights of the travel in Greece:

Our advices for this travel in Greece:

The Cyclades
Recommended during May, June, September and October.

Although barren, the islands in the Cyclades archipelago are extremely beautiful. While being a popular tourist destination, Mykonos is an extraordinary village. Delos, the birthplace of Apollo, is an open-air museum, steeped in history. Amorgos is the island that featured in the film The Big Blue. Syros is the astonishing capital of Cyclades. Milos is inlet paradise. Santorini has breathtaking views but is far away, a popular tourist destination with no harbour...
You can set sail from Kea, near Athens airport. However, setting sail from Syros could give you more possibilities if time is short, as it is well-served at the centre of the Cyclades. There can often be strong winds during July and August. If you are looking for calm waters choose May, June or October, or choose a different archipelago. If you try and “do” all of the Cyclades in one trip, you will need at least 3 weeks.

The Sporades
Recommended during July and August

The pine trees that cover these islands, right down to the beaches and inlets, show another side of the typically barren Cyclades. In addition to Skiathos, Skopelos, Alonissos and Skyros, there is Euboea, a large island and the Pelion tip. A national marine park is located in the northern Sporades. From June to August, maybe even September, the winds are a lot less ferocious than they are in the southern islands. Perfect for a peaceful family cruise.

These islands are easy to get to from Kea/Athens harbour, via Cape Sounion. There is also the eastern Peloponnese coast, Nauplion, Monemvassia, the fortified peninsula, and Kythira. There is less wind around the Saronic Islands than the Cyclades. Avoid July and August, as it is difficult to find any free space in the harbours, since it is close to Athens.

This southern archipelago is a suitable place for swimming, diving and hiking, and has a mild climate, which means it can be enjoyed until October, even November. From Mykonos, one of the main harbours, you can set off on a 10-day cruise around northern Dodecanese, via Amorgos, Astypalea, Kos, Kalymnos, Patmos, etc. You could also leave from Rhodes and work your way up to Mykonos in 10 days.

Green islands with white sandy beaches. Not as windy as the Cyclades. Cruise available until August, after which there is a risk of heavy rain showers. You could set sail from Piraeus, continue down the Corinth Canal, then the Gulf to reach the Ionian Islands. It is an interesting cruise that allows you to maximise on boat journeys.

Have an amazing experience in Greece!

Request a quote on this program

Other travel suggestions in Cyclades 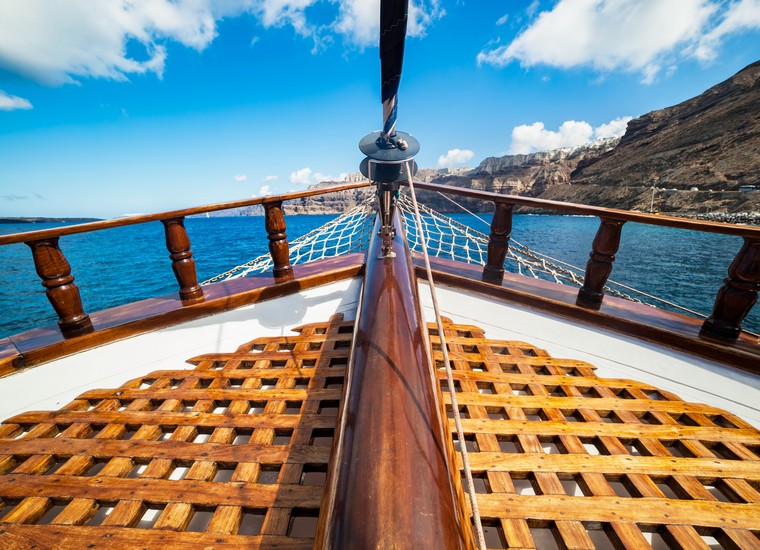 Cruising in the Cyclades 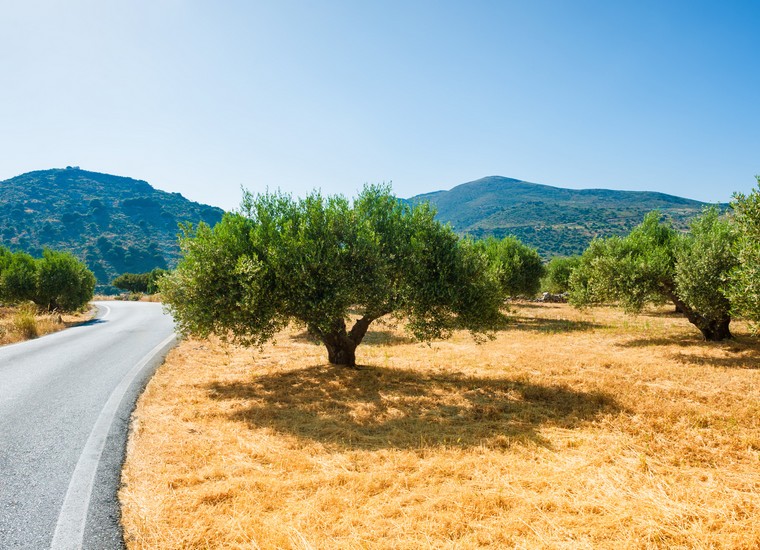 Driving your own car in Crete 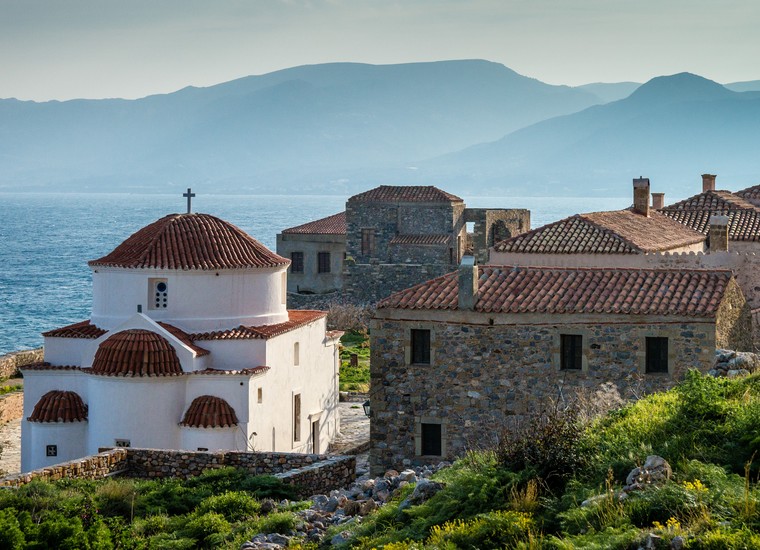 Peloponnese by car: between mythology and sun 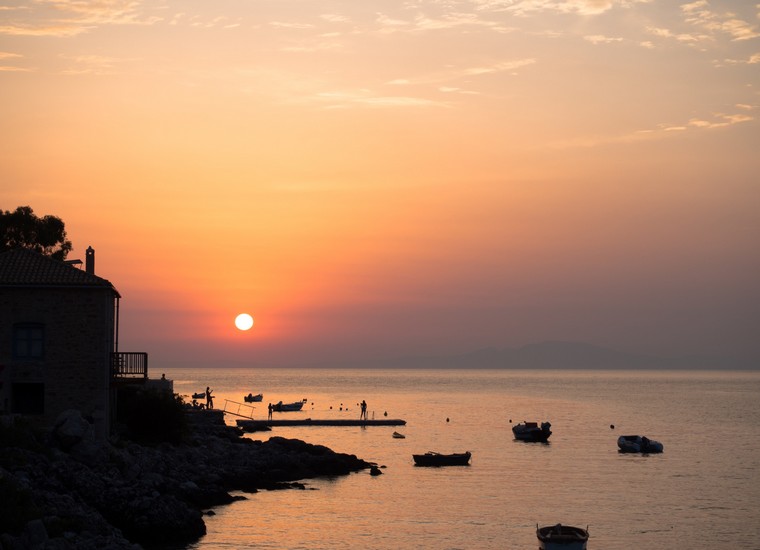 Pioneer of the destination